Aquatic Biologists, Inc. has found fyke netting to be a useful method for sampling fish in the littoral zone and we commonly use this method to monitor the yearly changes in fish species and abundances. At different times of the day and/or season, many different fish species utilize the littoral zone area for feeding and spawning purposes. Fyke nets tend to be the most useful in capturing cover-seeking mobile species, migratory species that follow the shorelines. Please note: Northerns are most readily caught at ice out and walleyes at water temperatures of 46F. Bass seldom become trapped in fyke nets.

All of our fyke nets are constructed of a series of hoops that are covered in webbed netting. Fish enter the fyke net through a lead funnel from which they then enter into one of two or more internal funnels. These internal funnels prevent fish from reentering the lead funnel and swimming out of the net once they are caught. At the end (sometimes called the cod end) of the internal funnels are cages where the fish are held. The cod end is tied off to a buoy that is easily opened for access to the fish.

Fyke nets are set and typically raised three days later, usually in the morning (approximately 60-72 hours). Clients are welcomed to raise the fyke nets in between our last visit where we again remove the nets and deal with the fish. Aquatic Biologists, Inc. will show you how this is done if desired. Nets may be raised multiple times depending on customers' budget(s). Aquatic Biologists, Inc will weigh and measure the fish and collect scales from select species for age and growth calculations if the study design allows or the client requests this service. Game fish caught in the fyke nets are released unharmed though undesirable fish species (i.e. carp, bullheads, green sunfish, goldfish, and other exotics) may be removed at customers request. Additionally, at your request, ABI may remove all bluegills and sunfish less than 5 inches if sampling suggests a problem with stunted fish.

Carp, muskrats, beaver, large snapping turtles, boat props and vandals may damage the nets while they are deployed. Damage to the fyke nets may result in additional labor charges to mend and repair the damaged nets.

For a nominal fee selected species of fish can be tagged with a floy tag number or a jaw tag number for future reference. 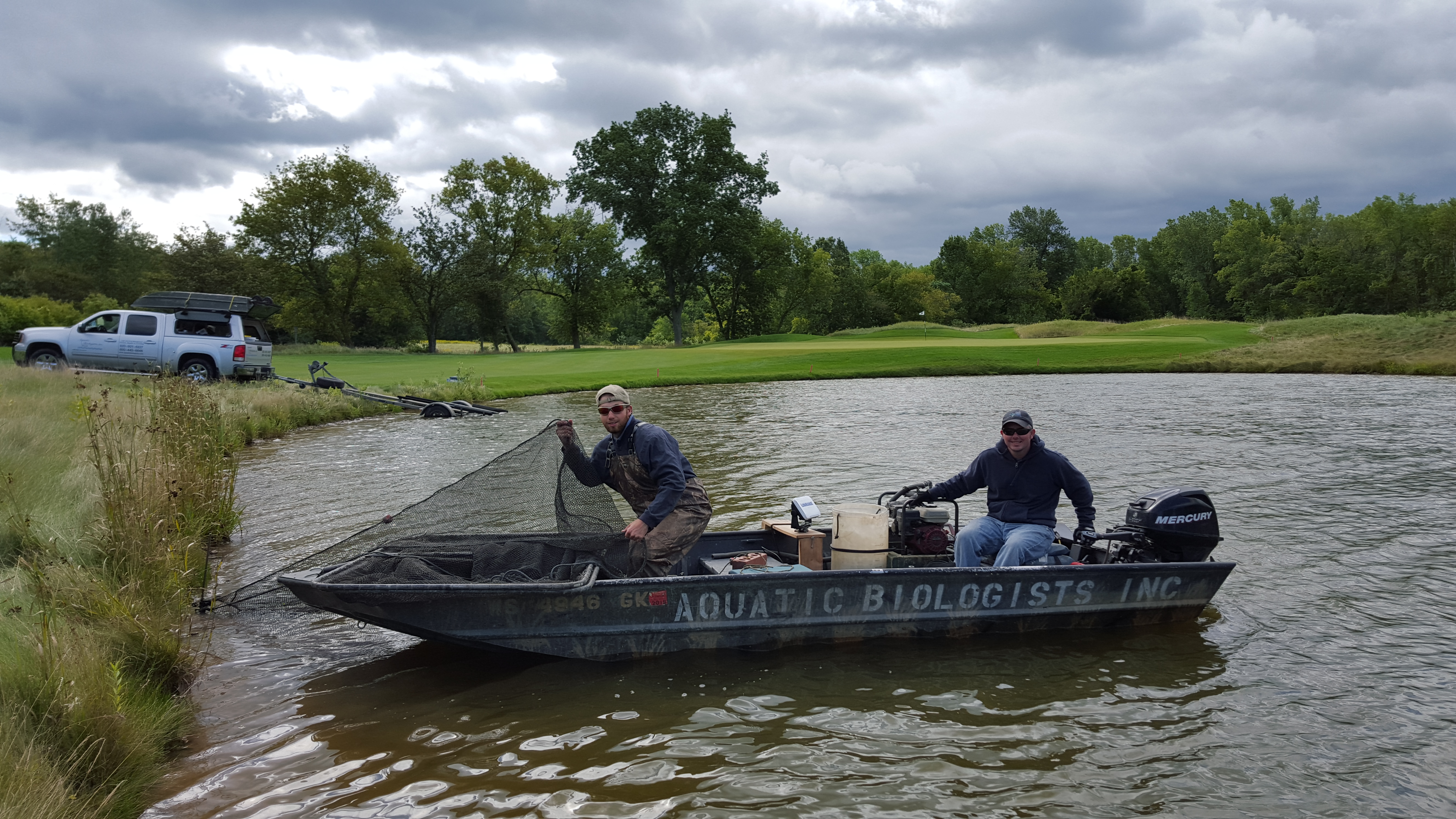