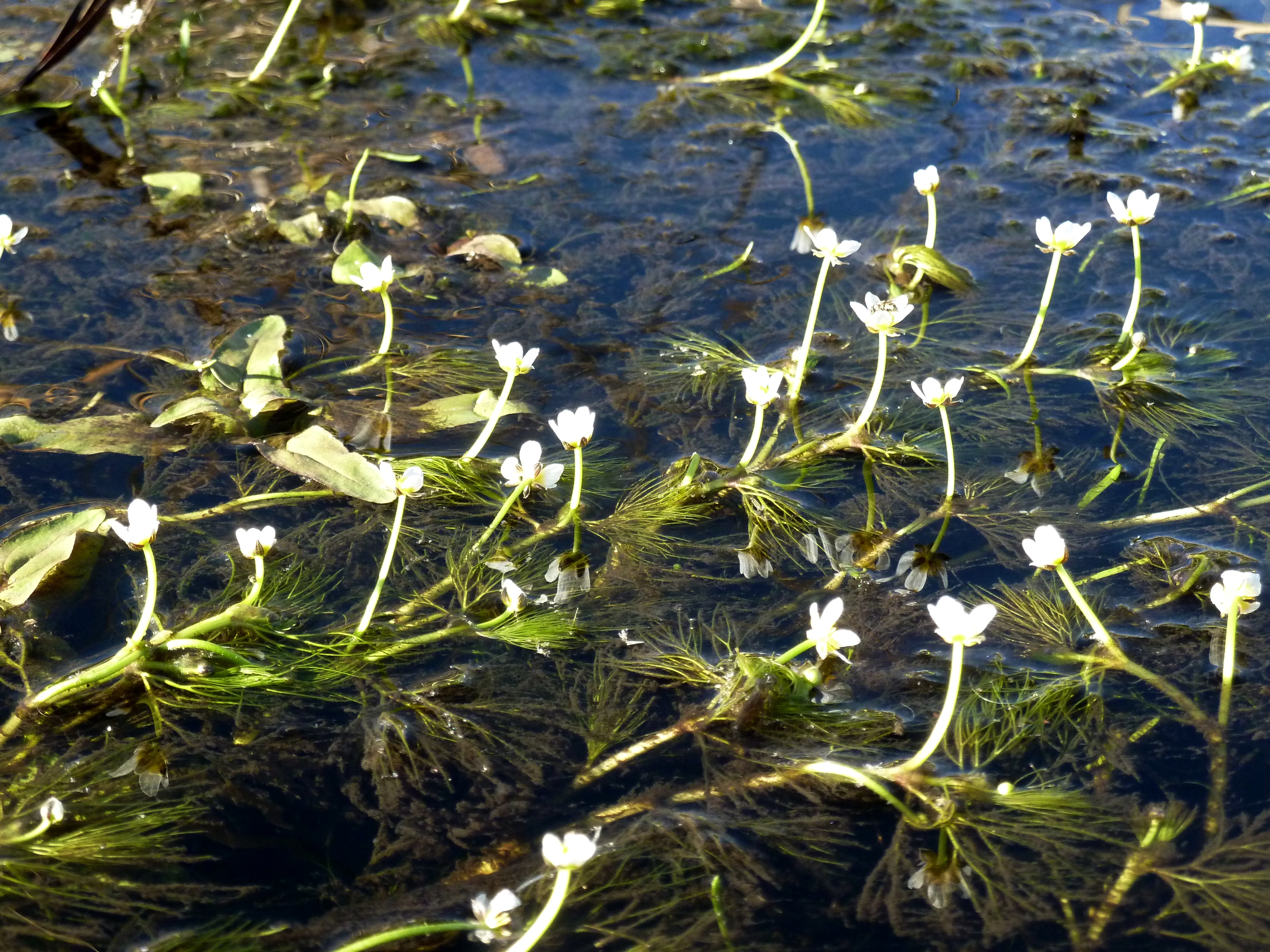 Water Buttercup is a choice food source of dabbling ducks. Both the fruit and foliage are consumed by a variety of waterfowl. Water Buttercup is sometimes eaten by non-water birds such as grouse. Water buttercup provides valuable habitat for aquatic insects and is considered a food producer for trout.

In quiet water, water buttercup can form dense mats and hinder access and restrict recreational activities. Generally, water buttercup does not cause problems in large lakes because wave action tends to break the brittle stems and prevent the formation of large colonies. Most problems caused by water buttercup are in small ponds, lakes, and sluggish streams that often became choked by mid-summer.

Water buttercup has long, branched stems that emerge from both trailing runners and buried rhizomes. The leaves are finely cut into thread-like divisions (white) or flattened divisions (yellow) and either attach directly to the stem or have a very short leaf stalk. Leaves emerge along the stem in an alternate arrangement and are usually stiff enough to hold their shape when lifted out of the water.

White or yellow, five petal flowers are produced on stalks just above the water surface. As flowers develop into fruit, the stalks curve back into the water and a cluster of 15-25 nutlets is produced.

Water Buttercup can sometimes be confused with Chara. Unlike chara, water buttercup does not smell "musky" when pulled from the water. Look for the conspicuous yellow or white flowers produced by water buttercup from June through September.

Q. How much should I treat?

A. Spot treat as needed to maintain navigation channels and swimming areas. Remember this plant is very beneficial and should not be treated where it is not a nuisance.

A. Once water temperatures are around sixty degrees or warmer and/or the plant is actively flowering. Water Buttercup responds equally well to herbicide treatment when mature.

Q. How often do I need to treat Water Buttercup?

A. One treatment per season is usually enough.

A. Generally within one to two weeks things will be cleared up.