In an aquatic setting, everything starts at the bottom.  Maintaining adequate aeration at the water/sediment interface has immense benefits to proactively managing a waterbody.

Lets first discuss the effects of dissolved oxygen on algae growth.  Algae require nutrients to grow.  The more nutrients in the water, the faster and denser algae can grow.  Nutrients like phosphorous, nitrogen, carbon, and silica are all used readily to fuel algae blooms.  In an anoxic (without air) setting, these nutrients build up in the water column and provide a buffet for algae spores to gorge on and grow.  When air is added, phosphorous precipitates out and becomes unavailable.  Aeration encourages beneficial bacteria growth with in turn compete against algae for the remaining nutrients.  Adding aeration alone will not control algae, however it is an essential part in the fight against the green beast.

Aeration also releases gasses that are trapped in the sediment.  Have you ever walked by a pond and said something like "That pond smells like... (insert fowl smell here)!"  Rotten eggs, dead fish, manure are a few that we regularly hear.  Hydrogen sulfide, methane, ammonia, and carbon dioxide are a few of the byproducts when organic matter gets broken down by anoxic bacteria.  When approaching a project where odors are an issue, aeration is usually the first tool implemented.  Creating movement in the water column allows these gasses to diffuse into the atmosphere rather than accumulating.

Fish obviously need oxygen to survive.  Without bottom aeration, a lake or pond can easily not have adequate dissolved oxygen throughout most of the water column to support fish.  Fish prefer dissolved oxygen levels to be above 5 mg/L.  When lower, they become stressed and things such as growth, reproduction, and activity greatly decrease.  Levels below 2-3 are lethal.  Adding oxygen to areas that lack dissolved oxygen enlarges the usable area for fish and ultimately increases the waterbodies fish carrying capacity.  Happy fish are much more fun to catch than dead fish.  Aerating in winter is also an option for lakes that have winter kill problems.

Like fish, bacteria also enjoy the benefits of higher dissolved oxygen and can do a lot of the work required to keep an appealing waterbody.  Anaerobic Bacteria decompose everything dead and organic in the water.  This means muck on the bottom, decaying leaves, dead algae and weeds, dead fish and invertebrates, all get eaten by bacteria.  A healthy environment for anaerobic bacteria means oxygen.  When things decompose with anoxic bacteria, decomposition occurs slowly and releases all the available nutrients to fuel algae and contribute to the smells listed above.

Along the same lines as helping beneficial bacteria, aeration also can reduce pathogenic bacteria such as E. coli.  We aerate many community swim ponds for this reason and closures due to high bacterial counts are a thing of the past.

Our systems are designed using AquaBio Stainless Steel diffusers.  We have designed these to maximize turnover rates and move more water.  Their flow-through construction allows us to increase turnover rates considerably over our competitors who use rubber bladders or ceramic stones.  There's a reason Aquatic Biologists aerates more water in Wisconsin than anyone else. 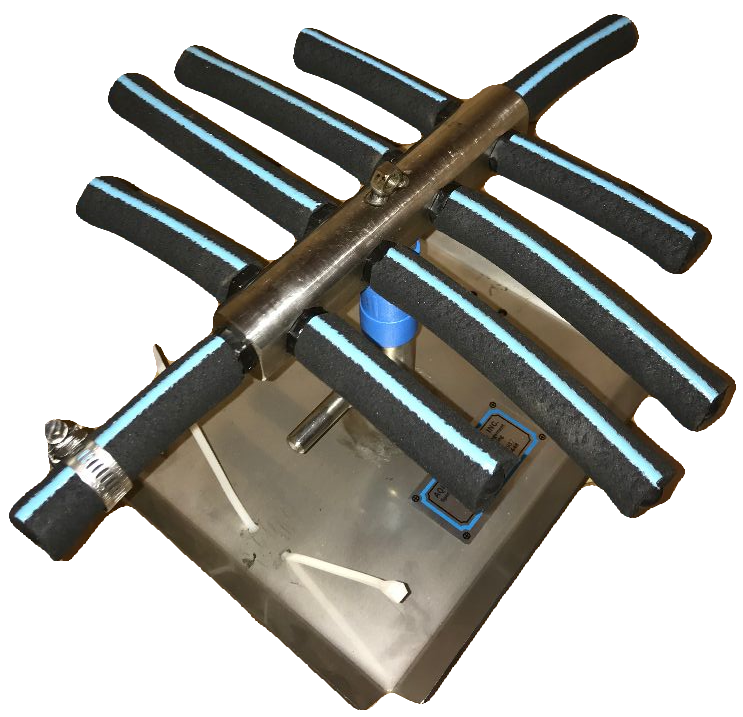