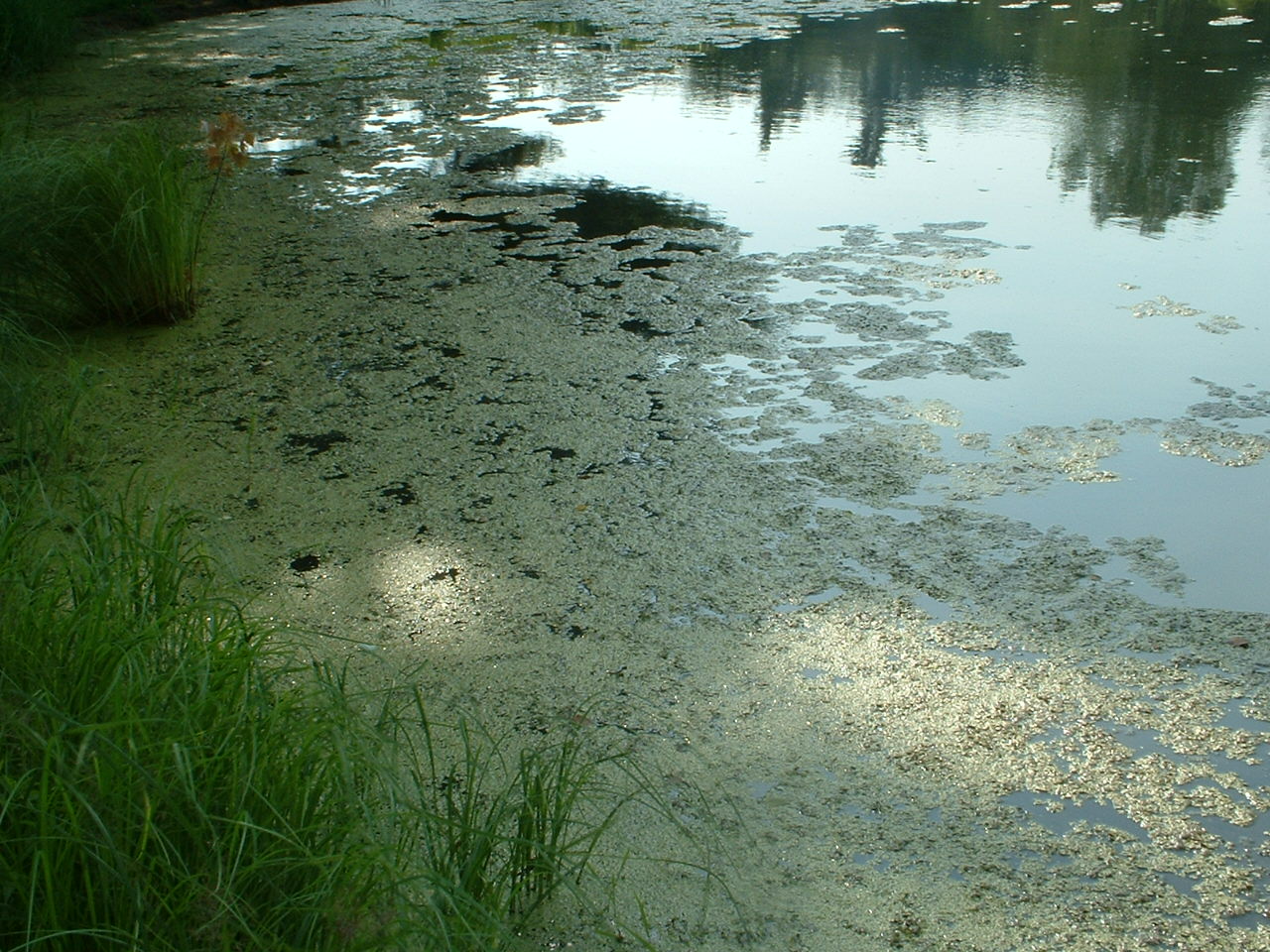 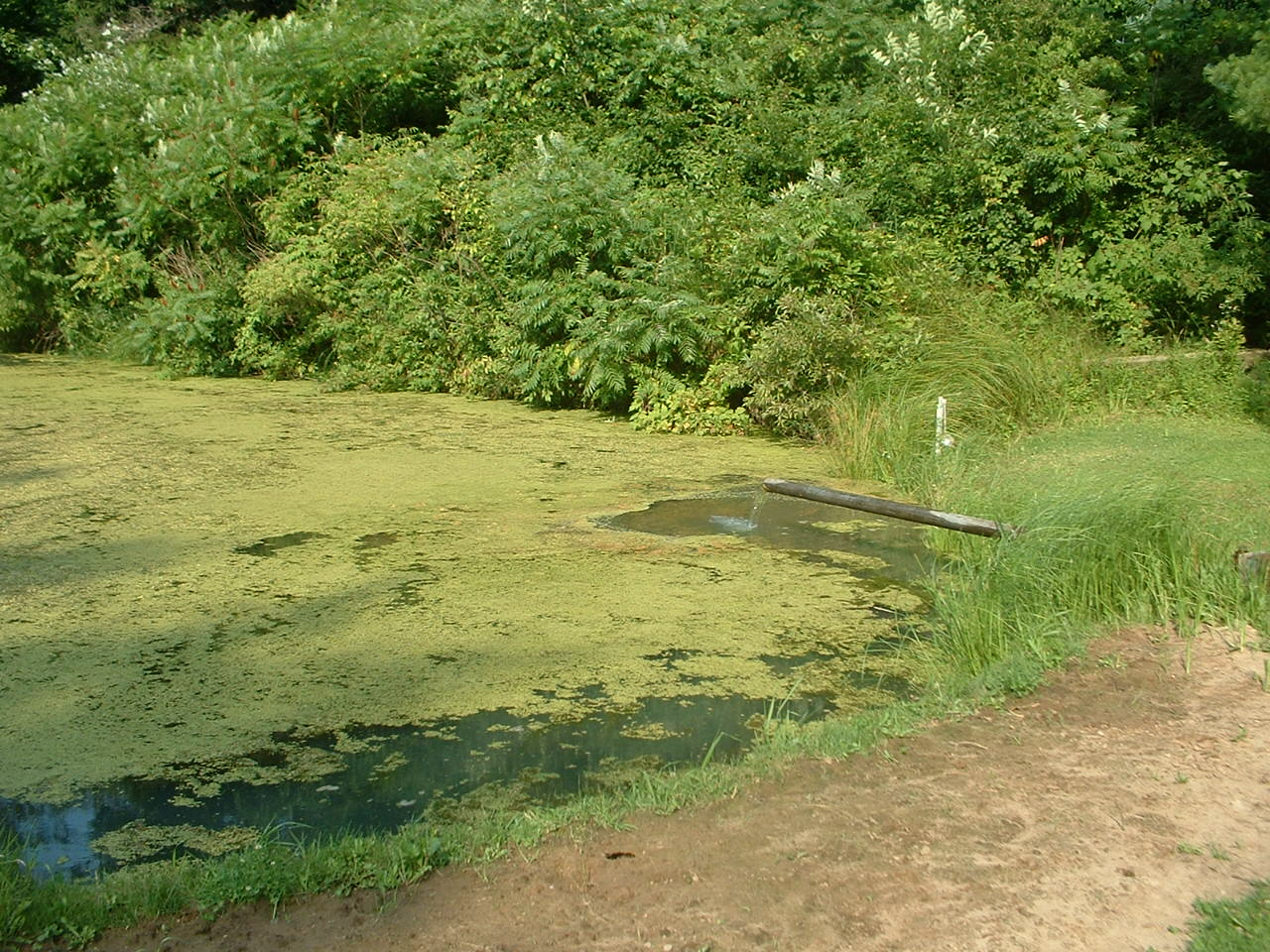 None in recreational ponds. In lakes, when at non nuisance levels, filamentous algae provide cover for small animals such as aquatic insects, snails, and scuds, which are valuable fish food.

Excessive growth of algae ruins swimming in many ponds every year. No one enjoys swimming in a pond in which long filaments of algae cling to everything they touch. Additionally, anglers become frustrated with having to remove algae from their lures after every cast. Algae blooms have been a major factor in fish kills as dissolved oxygen levels are depleted.

Commonly referred to as "moss" or just plain "pond scum" this group of algae includes Spirogyra, Cladophora, and many other varieties. Individual filaments are a series of cells joined end to end that give a thread-like appearance. Algae often forms surface mats. Growth begins at the bottom and rises to the surface as oxygen becomes trapped by the filaments. Often times this type of algae will "disappear" after several days or immediately after rain events when trapped oxygen is allowed to escape. This "disappearance" lasts for only a short time until oxygen once again becomes trapped.

High levels of nutrients can cause algae abundance to explode, especially in ponds lacking other aquatic plants, becoming so abundant that severe oxygen problems can result in the pre-dawn hours during July and August.

Forms greenish mats on the water surface; begins growth along the water's edges or bottom and rises to the surface as a bubble-filled mass when mature; slimy or cotton-like in appearance; may form hair-like growth on logs, rocks, and other vegetation at lake bottom and on the shoreline.

Spirogyra gives water a "grassy" taste and odor. The texture of filamentous algae may be slimy, cottony or coarse. Forms may include thread like hairs, fury looking blobs or thick mats covering the entire pond. Algae can easily attach to rocks, dock legs and boat hulls.

A. Treat when early signs of algae appear if possible. You can generally use lower label dose rates when algae mass is less.

Q. How do I actually apply the product(s)?

A. You can easily apply liquid algaecides and herbicides with a handheld pump-up or backpack sprayer. Apply as evenly as possible over the treatment area. Contact as much surface algae mats as possible.

Subsurface algae will be controlled as product (s) moves throughout the water column. Granular products can also be applied by hand scoop or hand spreader.

Q. How often do I need to treat?

A. Several total or spot treatments may be required to maintain control for the season. Good results should be anticipated.

A. Some algae types will succumb within a few days others may take up to twelve days. Heavy growth may require a follow up (about a week later) treatment. Treating before dense matting occurs will be more cost effective yielding longer terms results.